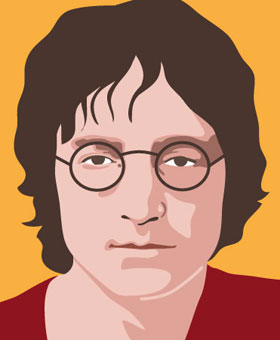 Forbes just came out with their annual list of top-earning dead celebrities and its dominated by musicians:

The only surprise here is that Kurt Cobain dropped off the list after appearing on it last year.

Here are some of my favorite dead musicians, none of whom you are likely to ever see on Forbes list:

My wife and I were in Hawaii for the 2001 Honolulu Marathon and left a few days before Adamson was found dead in the Best Western Plaza Hotel, apparently by suicide. I had bumped into Adamson ten years earlier in London and didn’t have the nerve then to tell him how much his music had meant to me as a disaffected teen growing up in suburbia. “Steeltown” still ranks as one of my all-time favorite albums. Adamson opened my eyes to history in ways that only musicians, artists and writers can.

If I had seen Adamson in Honolulu, I wonder, would I have recognized my childhood idol? Would I have said anything to him before he decided to leave this world?

OH!I love your blog .Thank you for your share.By the way,i want to share a ms data recovery to you!